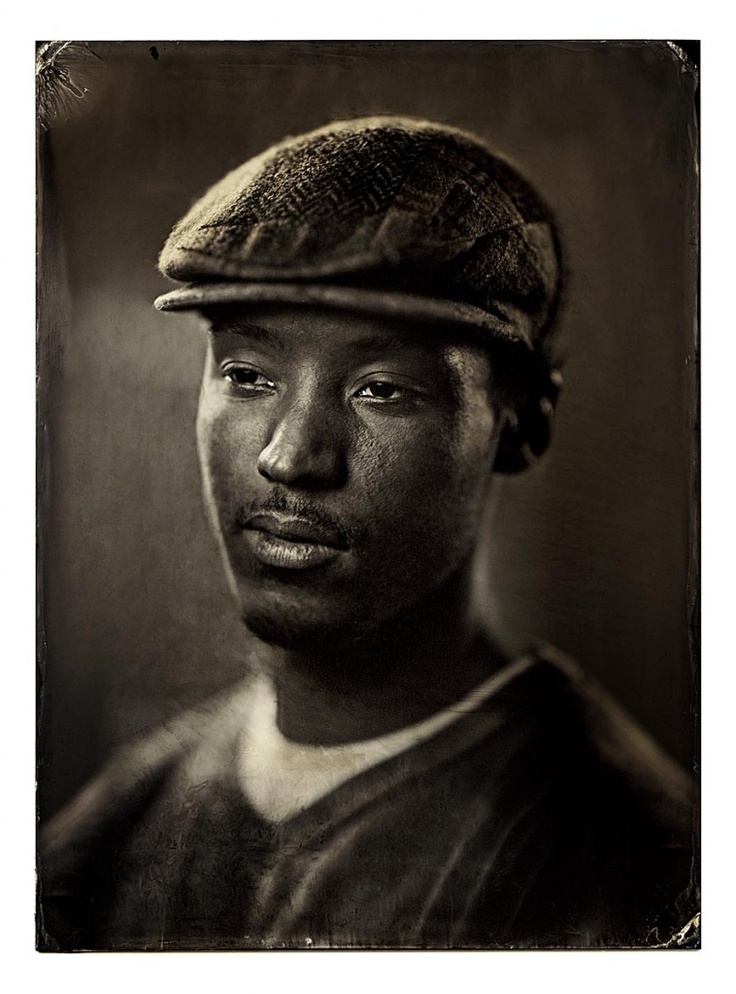 Q & A with Nicky Thompson

John first met Nicky Thompson at his Manchester studio in 2012 where Nicky was learning the wetplate collodion process. Here is an interview he did with her about her most recent project:

What inspired you to do this project?

I love wet collodion and really love the way it captures portraits, the people appear timeless, so I just thought it would be fun to take a hundred portraits of people where I live.

I had the idea a year ago, wrote the application at Christmas and received the funding in March. So about 6 months but most portraits we’re taken over the last 6 weeks.

How did you fund it?

Did you receive additional support/sponsorship such as a local framer?

Support from the gallery but no other money.

What problems did you encounter?

Collodion has many processes involved to make a plate and each one can go wrong. During this project each one did go wrong at different times. Main issues were getting exposure right and understanding how the chemicals worked in different conditions.

162 final plates, 10th of the community population of Moretonhampstead.

What other things did you do in addition to making plates such as running workshops?

I ran workshops at the local school, youth club and old peoples home. Also another collodion workshop at the gallery and 2 other artists are holding relevant workshops.

Over one hundred glass plates are being shown alongside more contemporary selfies and video portraits, drawn from a series of workshops aimed at specific age groups, developing knowledge and skill throughout the community. These combine both traditional and contemporary approaches to photographic portraiture. The result is a fascinating documentation of the inhabitants of Moretonhampstead, old and young, with a timeless quality.

Alongside the exhibition we will be running workshops for participants to experience the process first hand.

The exhibition is open 10am-4pm Tuesday to Saturday until 31st October and entrance is free.