Friday 15th April saw the private viewing of John’s exhibition ‘In Search of Lost Time’. The plates were exhibited in The Charles Hay Cameron Gallery at Dimbola Lodge, the ancestral home of Julia Margaret Cameron, one of the 19th century’s most important wetplate/albumen photographers.

In Search of Lost Time explored the connection between John’s grandfathers, two men who fought in both wars. The genesis of the project was his desire to know more about these two men, particularly his maternal
grandfather whom he barely remembers. In order to achieve this, John drew inspiration from what remains of them: objects that either belonged to them, such as mementos kept by their descendants, or found objects similar to those they used in their life and work, including watches, wood planes and carpet making tools. Each image, each object, represented a moment of lost time, a tableau from a biographical narrative. Each still life in the exhibition was created with an original glass plate taken by John using the wetplate process and a camera which would have been in use when my grandfathers were boys. The still lifes, evolved from the personal narratives of John’s forebears, evoke the universality of loss during war conflict, whilst simultaneously presenting the subjects with a sense of his reminiscence of family history. John tried to give a sense of his appreciation for the importance of the past by weaving mementoes of lost time into the present moment. 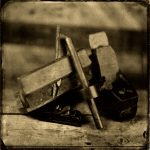 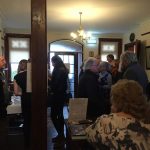 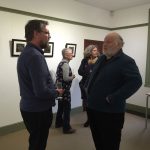 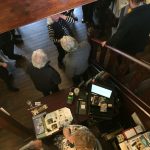 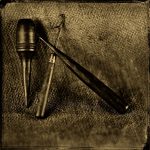 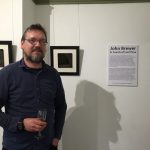