Back in January, journalist Helen Clifton came to our studio in Manchester so that John could teach her how to make an albumen print from a wetplate negative. The idea of the day was to recreate an image by Julia Margaret Cameron for an article for the Women in Photography issue of the Royal Photographic Society Journal. Helen, a newcomer to wet plate collodion, arrived in the morning along with photographer and Royal Photographic Society Fellow Howard Barlow, to document the process.

We had chosen to recreate Cameron’s atmospheric print Mary Mother (1868), in which Mary Hillier poses as Christ’s mother grieving in the aftermath of the crucifixion. As Helen says in the article, the image “perfectly encapsulates the unique ability of collodion to impart emotion and story”. John guided Helen through the various stages of the process: coating a glass plate with albumen; pouring on collodion; sensitising the plate in a silver bath; preparing the sitter (in this case Kate); exposing the image; fixing the plate; turning the plate into a negative and, last but not least, printing the image on paper made light sensitive with silver nitrate.

The day was a fun and exciting one, during which Helen went from feeling like a wet plate novice to going away happily with her albumen print. Below is a gallery of images from the magazine piece. Many thanks to Helen, Howard and the RPS for such an enjoyable day! 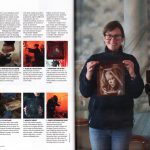 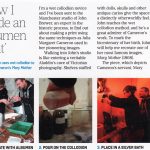 Coating the plate with albumen 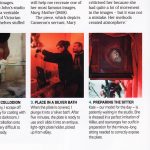 Placing the plate in the silver bath 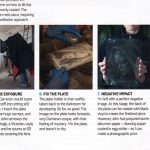 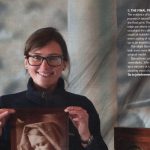 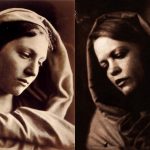