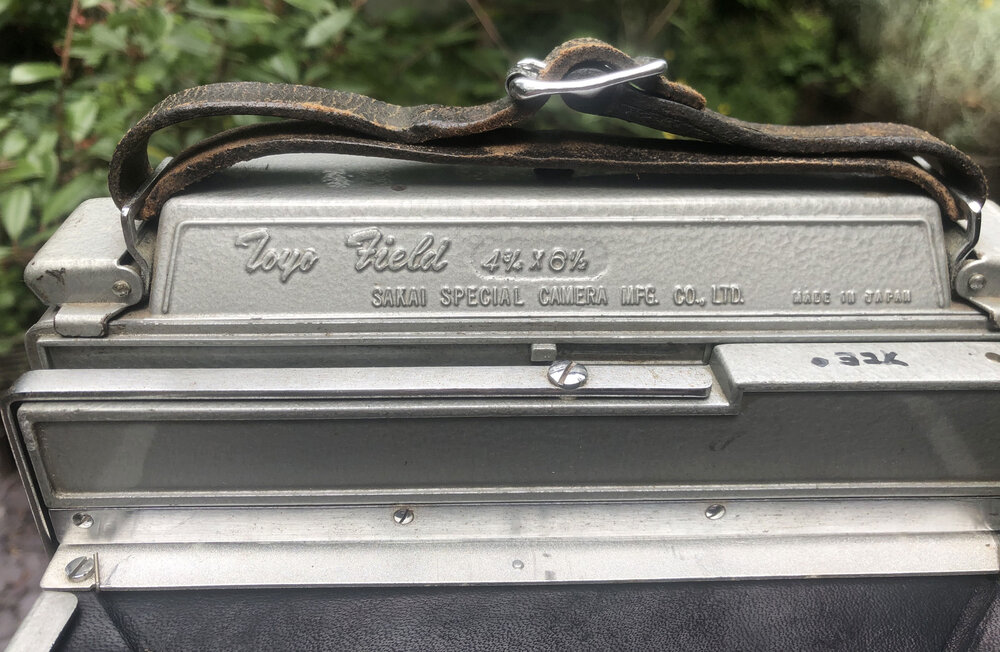 Recently I bought a Toyo Metal Field 4 3/4″ x 6 1/2″ (half plate) camera manufactured by Sakai Special Camera Manufacturing Co. These cameras were made between 1963 and 1975 and are lightweight considering they are of full metal construction, lighter than my MPP.

My example had bellows that had deteriated past repair so I bought a new set from Hong Kong. Fitting the new bellows just required gluing in with a contact adhesive.

The camera has the movements normally seen on field cameras that is back tilt, front rise, fall, tilt and swing which is plenty for me. Unfortunately none of the movements are geared unlike the MPP. Lens boards are not a problem as they are the same dimensions as Graphic boards.

One downside is this camera only takes Sakai Special Camera film holders which are about 12mm narrower than the international standard half plate, 5″x7″ or 13cm x 18cm film holders. However they often turn up on eBay but they are rather expensive because of shipping costs from Japan. Fortunately three were included with the half plate back. I will cut the septum of one so I can shoot wet plate. 5″x7″ backs do exist they are very rare. Half plate film is still made by Ilford and Foma and if this gets difficult to source I will have the back machined to take 5″x7″ film holders.

The camera back also has a Graflok style back for adding other accessories.